Misunderstanding Focus is series of photo collages made by Nerhol, an ongoing collaboration between Ryuta Iida and Yoshihisa Tanaka. 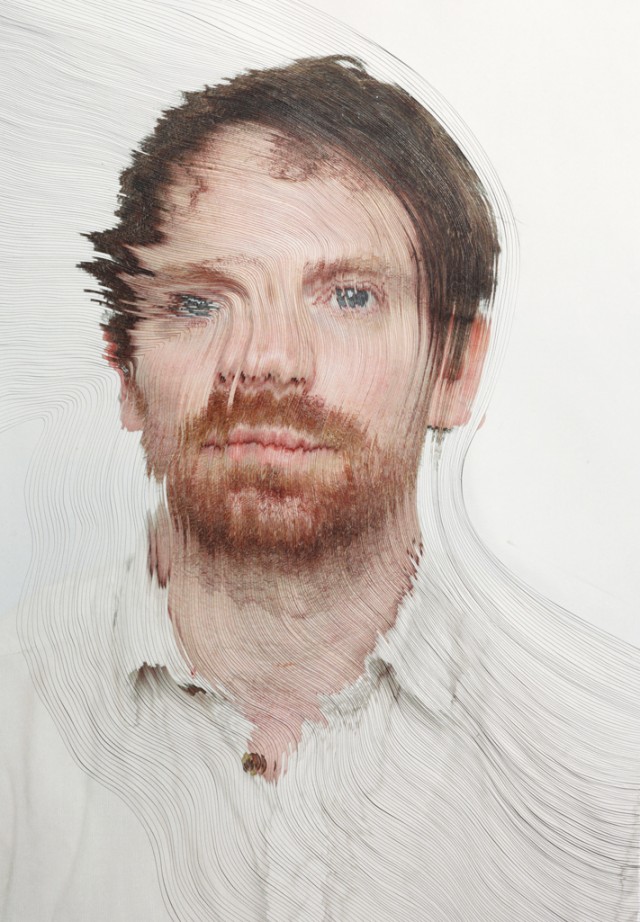 “At first glance it looks as though a photograph has been printed numerous times, layered and cut into a sort of sculptural topography, which would indeed be amazing enough, but Nerhol took things a bit further. The numerous portraits are actually different, photographed over a period of three minutes as the subject tried to sit motionless, the idea being that it’s impossible to ever truly be still as our center of gravity shifts and our muscles are tense. The portraits are actually a layered lime-lapse representing several minutes in the subjects life and then cut like an onion to show slices of time, similar to the trunk of a tree”.