Daido Moryiama is a Japanese photographer noted for his images depicting the breakdown of traditional values in post-war Japan. Born October 10, 1938 in Ikeda, Osaka. Daido Moriyama studied photography under Takeji Iwamiya before moving to Tokyo in 1961 to work as an assistant of Eikoh Hosoe. He produced a collection of photographs, Nippon gekijō shashinchō, which showed the darker sides of urban life and the less-seen parts of cities. In them, he attempted to show how life in certain areas was being left behind the other industrialised parts. Though not exclusively, Moriyama predominantly takes high contrast, grainy, black and white photographs within the Shinjuku area of Tokyo, often shot from odd angles. The images he captures often show everyday people and everyday things in a manner not to be found in the average Tokyo tourist guidebook. Whether by using blur or cropping, Moriyama’s bleak and lonely black-and-white pictures have garnered him the reputation as one of Japan’s great modern photographers. The people of Moriyama’s work are often faceless, covered in shadow or obscured by blur. It is not unusual for a backside – a couple descending stairs, for example – to be the image’s main element. Unlike Araki, who generally uses color photography to target women in various settings, Moriyama’s focus is capturing Shinjuku’s blend of old, new, and unpredictable in monochrome. 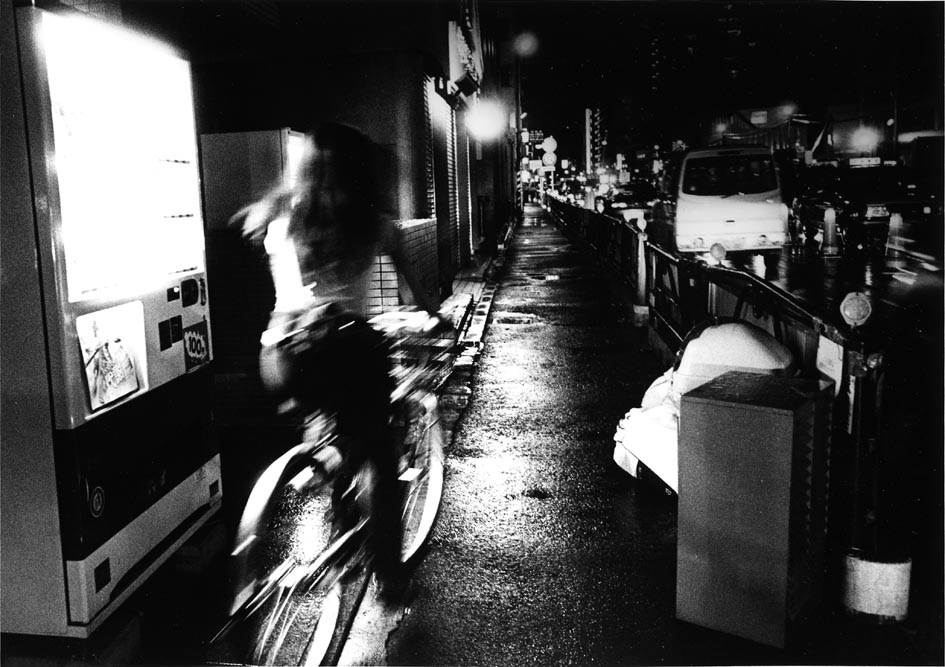