“When I see a picture frame that contains an indecipherable image in the background of a television scene, I take a snapshot of the TV screen. I then enlarge this indecipherable image photographically, and put it in a new, larger frame of my own. The source of the Perpetual Photo – the original snapshot taken from the TV screen – is pasted on the back of the frame, only to be viewed by removing the Perpetual Photo from the wall and turning it around.” A.M.

The artist frequently described these works as “pictures of the desire to see a picture.” He has said that what he finds poignant in the Perpetual Photos is “…that no matter how many times you enlarge the little blurs in the picture frames, you’re no closer to any answers to any questions. Part of the beauty the images have for me is the way they invite a futile impulse to use logic in an attempt to discover an emotional truth. And because these pictures are in a constant state of appearing and disappearing everywhere at once, it’s as if we are all perpetually suspended in our wishes to make sense of the represented world, and forever lost in our search for the recognizable.” 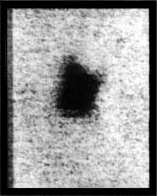 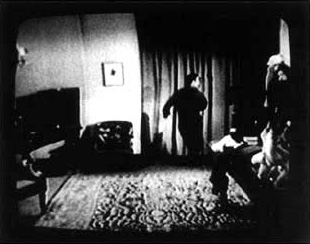 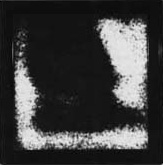 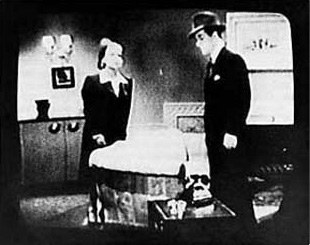 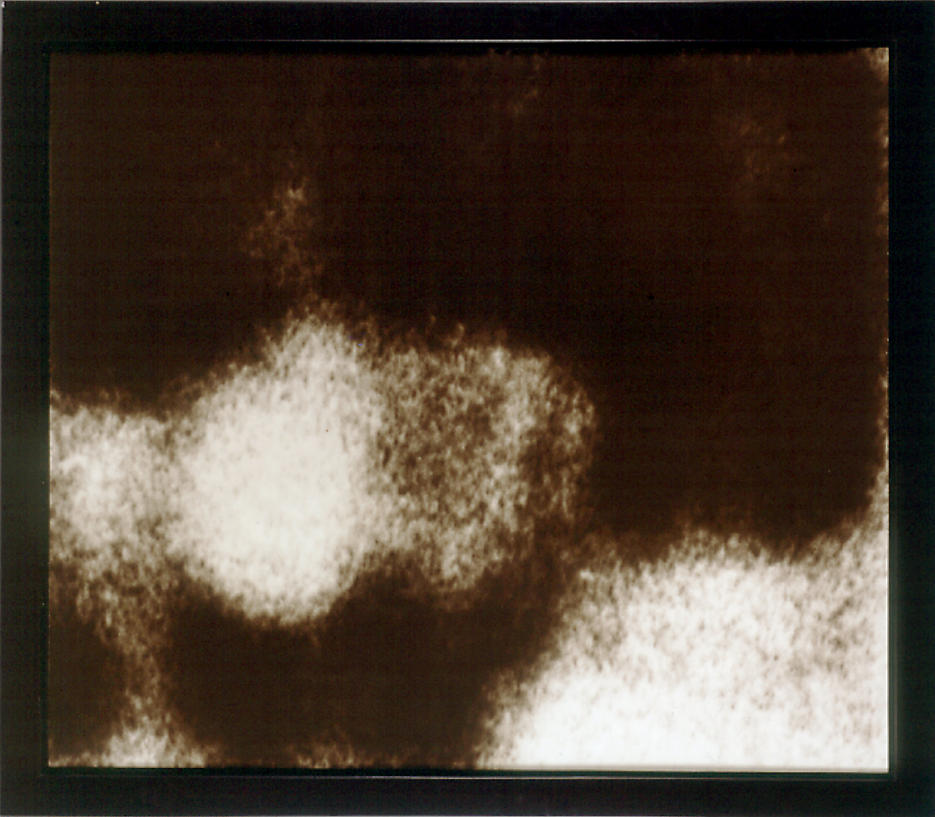 Allan McCollum and Laurie Simmons have joined forces in an unusually productive meeting of minds and visions. Their “Actual Photos” series consists of portraits of non-actual people-head shots of the minuscule figures used in the smallest-scale model train sets. Made of cast plastic hand painted with a single-hair brush, the figures themselves stand about one-quarter inch high; with heads less than one sixteenth inch in circumference, their features are virtually invisible to the naked eye.Brightly colored, alive with painterly flair and dripping (literally) with sculptural detail, these images exude an eerie, unfounded cheerfulness. But they also frustrate our desire for instant recognition; for the most part the images remain permanently blurred and out of reach. Ironically, this vagueness mimics the blurring effects of a camera in the wrong hands, undermining the technical precision that made these faces visible in the first place. 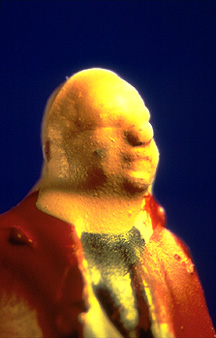